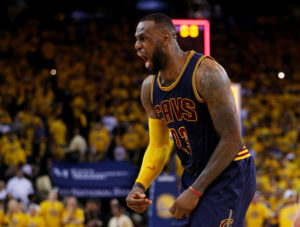 The 2015 NBA Finals went to six games. The day before the sixth game, when asked if Cleveland would win the game and tie up the series avoiding elimination, LeBron James replied “No. Cleveland will win because I am the best basketball player in the game.”

This was a bold statement, but as my father used to say , "It ain't bragging if it's true" and I believe LeBron was not bragging. In game six of the 2015 NBA finals, James again poured out with 32 points, 18 rebounds, and nine assists, but the Golden State Warriors hoisted the Larry O’Brien Trophy after finishing and the Spurs clinched the 2015 Finals in Cleveland.

But the key lesson here is... no matter how great LeBron played, no matter how much his total statistics increased... his team LOST. In business, as in basketball, ultimate success cannot be achieved by one person. You can't do it all and sustain winning.

Teamwork is required for long term success, on the court and off. Picking the right team members, who will work together to win is essential. Using a job specific psychological assessment such as the Harrison Assessment can help you identify what team members you should choose and how you should develop them for a winning strategy.

The Harrison Assessment offers insightful reports that can help build a winning team.

Curious to know more?
Get in touch for a free demo.